I wanted to research an easy way of creating every MIP level of a texture in Unreal (and any other engine), in such a way that I could create a unique image, or use custom filters or effects at every MIP level. This would let me create several effects, such as:

The advantage at doing this at a MIP level is that we can use a single texture sample, and the effect with automatically blend seamlessly without having to linearly interpolate between a whole bunch of texture.

I tried a whole swathe of tools and techniques, most of which have problems. I’ll cover these quickly, just so you don’t have to go down the same rabbit holes that I had to:

This leaves NVidia’s DDS Utilities, a legacy set of command-line tools. Turns out, these do exactly what we need, if we combine them with a bit of sneaky Python and DOS commands.

These utilities are just a bunch of executable files (.exe) that take some arguments and can combine images into MIPs for a single DDS.

With that all out the way, let’s get started setting it up.

We need to get the DDS Utilities, you can get these here – there are a few hoops to get through if you don’t have an NVidia Developer account, you can get it here:
https://developer.nvidia.com/legacy-texture-tools

Next, you’ll need Python and the Python Imaging Library. This isn’t the first time I’ve covered installing this, so I’ll point you to my other tutorial pages to get started:
https://half4.xyz/index.php/2020/08/18/introduction-setting-up/
Simply follow the Getting Python and Getting Packages sections, then come back here.

Next we’re going to setup our folder structure – we’ll use these as a cheap way of managing the pipeline. One day, I’ll manage it behind a UI, but that’s a lot of work for a niche use-case.

From your NVidia DDS Utilities installation path, copy these files into your /dds folder:

Now we can start. The first step is to create a set of images for each MIP level, so we can manually edit each MIP image later.

To do this, we’ll use Python and the Python Imaging Library, and a batch file.

Head into the /source/ directory and create a new Python file, generateMips.py, and a batch file, genMips.bat.

First, let’s do the Python. Open the file in your favourite text editor, or IDE, and type the following:

As you can see, nothing too scary. I simply create a new image file at half the resolution of the previous file saved, until we hit 1×1 pixel. You can choose a different a different resample if you want, but we’ll be manually changing the files, so for now, it doesn’t matter.

We take the image as an argument, this is so we can automate it externally if we want to – in our case, I want to make a batch file that I can drop a file on to and it will parse it with the Python script.

In the batch file add this:

This will take whatever we drop on top of the batch file and make new images for each MIP level in the /mips/ directory. Give it a go.

This part is on you. You can edit your MIPs as you like.

One suggestion, if you want to use a filter is to create an Action in Photoshop, and use File->Automate->Batch to apply that action and save out. The important thing here is that your file had just one underscore, before the MIP index, for example

My output goes into the /dds/ folder, this is where you want your modified MIPs.

In that output, create two batch files – we need two as one is for Linear textures (for masks, etc.) and one for sRGB/gamma corrected for albedo and colour textures.

As you can see, the only difference is the -gamma flag for gamma correction. That’s all we need.

Its worth noting, those scripts will delete the images processed in the /dds/ folder, to keep it clean.

Populate the folder with your edited MIPs, then, based on whether the image is gamma corrected, drag it on to the correct batch file and you should get a DDS in your /OUTPUT/ folder (for normal maps, you’ll want to use linear, for what its worth).

You can then import this into UE4 or other engine of your choice.

I’ve zipped my files up here, for your reference.

This site uses Akismet to reduce spam. Learn how your comment data is processed. 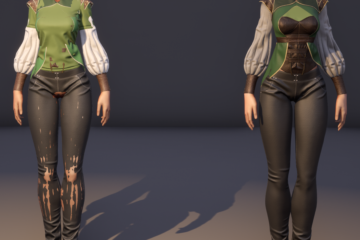 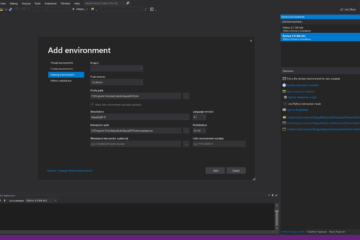 [I’m improving this page, WIP] There are plenty of ways to get up to speed with an IDE for developing Maya tools & plugins. Anecdotally, I’ve found not many studios enforce a particular IDE for Read more… 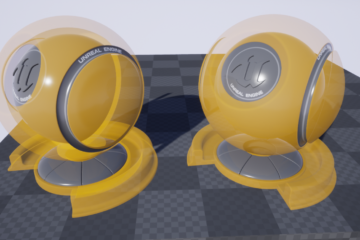 If you’ve ever made translucent objects in Unreal Engine, or Unity (or just about any modern 3D engine), you’ll have possibly encountered this issue, where parts of your mesh render incorrectly infront or behind of Read more…